A very late reply, so you probably already came up with a solution, but that looks like a Guava dependency conflict. ClojureScript depends on Guava, and, presumably, so does google-cloud-texttospeech. Perhaps setting an explicit dependency on the Guava version that ClojureScript requires would fix the issue. If you're unlucky, that might break google-cloud-texttospeech, of course, in which case... :man-shrugging::skin-tone-2:

Generally, though, it's better to have ClojureScript-only dependencies in a separate profile (e.g. :dev) so that they don't end up in the uberjar you're possibly making. After all, you likely only need the compiled JavaScript artifact in there. 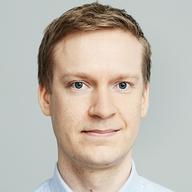 Thanks Eero for replying. I also finally figured out that it is better to have separate profiles for the front end and backend codes. Good point that I should also separate the dev deps on front end side so only the compiled JS artifact would go to the uberjar 👍:skin-tone-2: