What do you guys think about creating a central idea repo? Basically a list with stuff that we would want to have, both for people who want to experiment with some example, and so that people can envision the project better. @luke already wrote some of that in his kickstarter list. This information should move on to a better place. 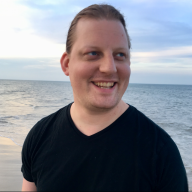 @nickik that’s a good idea… somewhat of the intent behind the “ideas” category at http://community.arachne-framework.org (which I see you’ve already put to good use). Feel free to create posts there to track any ideas you’re interested in, whether or not you have time to work on them yourself. Then we can start gauging ideas and public interest.

but I’m sure that will come out sometime in the next month or two.

@luke I feel like the community.* is more about discussion, I thought more of a readme style thing.

Just a flat file with ideas.