@bridget: Interesting. Just skim reading the articles on 'Cultural Ramifications of Technical Interviews' and 'How Perks Can Divide Us' it highlighted how, even though I am/was the privileged demographic (white, male, young [definitely was]) I felt less than included by similar practices in companies. For example: My formal CS education was long before Haskell was written and functional programming routinely taught (or even Lisp!), so often whiteboard problems about algorithms and approaches catch me out as I haven't learned/practiced them until recently. As I had children young and never had much interest in sports (especially the UK obsession with football or 'soccer' if you're from the US) I often opted out of out of hours activities and felt excluded. So when I found myself in a position to influence some of these in a small IT consultancy (as CTO) my own bias (I admit to not thinking this through consciously which was dangerous) was to: 1. Recruit development roles (dev's, testers, etc.) by pairing with them and taking my turn in solving a very simple problem with whatever language and tools they were familiar with. Taking my turn at the keyboard and using the discussions around how to solve the problem to explore the candidates experience, aptitude and attitudes. Often teaching them a technique I found useful (like TDD) in the process. 2. Having half day social gatherings in work time and running monthly 'hack days' for anyone interested (often getting attendance from non technical people wanting to learn programming). I admit that these approaches still have selection bias and I didn't set out to design them to be attract more diversity (and I should have) but they helped develop a great company culture and select some of the best people I've worked with. This includes one of the best developers I've ever worked with, who happens to be female and has gone on to take on my role as head of development (I've left that company now) and has increased the development practice by 3 fold since. 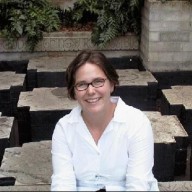 I hear what you're saying, agile_geek. My experience has been, overwhelmingly, that practices that make a workplace more inclusive tend to make the workplace healthier for everyone.

(Maybe there's a vice-versa in there... practices that make workplaces healthier in general make them more inclusive)