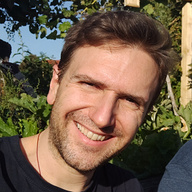 We have a great meetup coming up again next week! https://clojureverse.org/t/new-online-meetup-clojure-european-summer-time/6018/13?u=plexus

## Designers || Developers - Finally Bridging the Gap > When designers and developers communicate with each other, it often feels as if they are speaking two different languages not understanding each other’s needs and proceedings. Even though those kinds of problems aren't new, they become even more crucial for companies trying to ensure a consistent user experience over multiple independent applications. So how to bridge this gap? > > The secret union joint to do so is finding your single source of truth: a commonly shared design system showcased by a living style guide. In this session you will learn how to enable every team member to communicate with ease about design changes and their code implications and finally bridge the gap between designers and developers in your company and team. Elisabeth is a UX & tech innovator and co-organizer of the Munich Usability Testing Dinner. She is passionate about lean management, design thinking and web performance. While exploring new places all around the world, she's always on the hunt for fresh UX & frontend inspirations. ## The MOG in Clj menace (Episode I) > Covid-19 brought into my life a lot of spare time at home so I decided to develop a Multiplayer online game. This talk will be about writing a MOG in Clojure: how, what and most importantly - WHY?? Whether you're a real Clojurian at heart or just interested in hearing a talk about games development in Clojure from a sworn star wars fan - this talk is for you! Mey is a Software Engineer, a Backend Developer and a public speaker. When she is not spending her weekends coding games or speaking at tech conferences, she experiments with algorithms OR learns languages such as Russian, Scala & Golang. Mey is also a sworn star wars fan. Mey the force be with you. 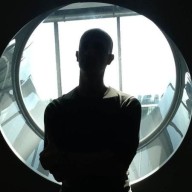 Hi guys, next Wednesday August 19th Kaggle Learn creator, Dan Becker, will be giving a talk on ‘How to translate ML presictions to practical solutions’. Feel free to join and ask him any questions! https://www.meetup.com/The-search-engine-for-programmers/events/272411363/?k=linkedin