OK, so I have more information on the situation that makes when-dom eat CPU. I don’t think it’s specific to my application. I believe it happens when using Hoplon jquery. In jquery.cljs, there’s a default on! handler that attaches the callback. But I believe I have a situation where items are added to the DOM and then taken out (into the tpl cache, I believe) before the event loop starts properly. So the condition inside when-dom is never satisfied, or is not satisfied until much later, and CPU chompage results. 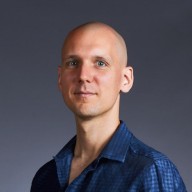 @candera are you using standard tpl implementation or your custom one?

Both, and I haven’t tracked down which one it is.

if it's me i apologise

No, I’m not using yours yet.

I have started to move mine in that direction, though.

you'll need latest hoplon to use mine, the updates to merge-kids are needed

Yeah, that’s why I haven’t moved.

soz, it is simpler though

Right, and I took some of your good ideas. 🙂

So, there’s an interesting technique where you can use CSS animations to get notified of an element being added to the DOM:

I might wind up trying that. Will let you know how it goes.