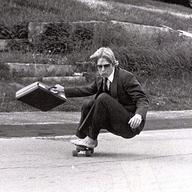 yeah but the team aspect is why say if you have somebody great at getting the ball rolling (I’m kinda an 80-90% guy, hence why I like greenfield) then it makes sense to get them to work with somebody more cautious to finish off a task, then you get some shared knowledge and the two people have to work together to spec and write tests. I used to be a big TDD advocate, now it’s that, or spike and refactor, or whatever… but I don’t feel comfortable deploying code without some tests, whether that’s generative, unit, integration, contract, whatever. My 2c has been that generally people I’ve seen who don’t write tests are either: a) so good they just ‘get it’ and they make few mistakes but when they cycle off the team and the next person comes along good god you want tests b) lazy and the funny thing is the only two engineers I can think of who were good enough to be in the a) category always wrote tests of some kind, even if it was a bash script that cURL-ed the endpoints of a service b/c say the only valuable test was a non-mocked integration test

tests aren’t worth getting too worked up over, do what works in context and then move on… as long as there are tests of some kind it will help you sleep at night haha