I am in a job where I can write ClojureScript at work, so I am happy to code in Clojure. However, I don't feel I am going to ever be a professional front end engineer, and I might have possibility to join a company with much better working conditions, but I would need to code in another JVM language, with 0 chance of using Clojure over the mid-long term. Would you consider making the move?

For me, I'd lean more against not moving. I'm working around 8 hours per day, 5 days a week. Clojure makes those 40 hours much more agreeable, I'd need serious compensation to entertain moving away from it. I'm sure my point of view would change if I had, for example, a wife, kids or a mortgage.

@dromar56 As a married person and sole wage earner in this mortgaged house, I'd agree that your personal situation definitely factors into any job decision! 🙂 When Adobe bought Macromedia, I was offered six months severance as they eliminated my role -- I wanted to take it but my wife was very nervous about the job market and felt happier about me staying on with Adobe in a fairly senior role (they offered me three positions). Fast forward nine months and I was miserable at work and a few months after that she agreed that I should quit (with no severance at that point) and I took a role that made me (much) happier but didn't pay anywhere near as well. Because I was happier, she was more comfortable with me making various future job shifts. I had been at Macromedia for the first six years of our relationship so it was very stable and comforting for her.

Thanks a lot for all your insights!

I'm pretty much about to make that move. Clojure is great, but there are a ton of other factors to consider for a job. You mention working conditions, and for me that's a pretty big one. Good leadership, proper support for career growth, smart and collaborative team members, being properly trusted and valued, etc. It's rare to get them all, so you have to decide which ones you value and which you can bear with being missing

I'd also add that interesting technical work is one. Clojure is great but it won't make a boring project much more interesting (and sometimes boring can be fine!)

Thanks for your input. Working conditions here means the company works to fight global warming, extremely good policy for parental leave and also in term of salary. I don't know about the other factors though. 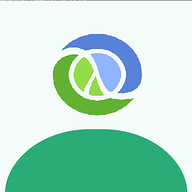 "being trusted and valued" this is an important one because I think this, and lots of life, is a lot more ambiguous than we think. There's so much information we're missing about the world (even if we're 80% of the way there), that the only way we navigate it and bridge the gap is paving the way with assumption, little leaps of faith for or against someone. Is that person late because their car broke down or because they felt lazy? Is this amount of work reasonable, or are they slacking off half the time? Did someone take that money off the counter or did I leave it at home? Why does this code do this, is it because they can't see the obvious or I can't see a constraint? Can they not answer this whiteboard question because they can't program or because this metric is absolutely terrible? And you'd think it would be 'well, after a certain period of time, you will notice a good or negative history tied to a person'. But boulders only need a nudge to roll downhill, and likewise initial distrust can cause those earlier questions to be answered against you, which will make someone more likely to answer them against you the next time there's ambiguity, and over time they'll feel as if they're accumulating evidence (even though logically you should never do that -- that's like a mic picking up its own echo, making it louder -- your own conclusions should never form a feedback loop into your evidence). And it doesn't matter how good you are -- you'll never be good enough to be invincible from that, trust is just a fundamental importance in relationships, as cliche as it sounds

I think a lot depends on where you feel you are in your career and what your goals are. Can you learn and grow -- and be happy -- in your current company vs a different company? And being happy is a much bigger part of work than a lot of people give it credit for, in my opinion. It includes compensation, of course, but also how interesting the work is, how much fun are the team, how flexible are they about your time and commitments (I work from home full-time and can take hours off whenever I need for shopping, doctor, vet, whatever -- or at least I could before the COVID lockdown 🙂 ). For me, that flexibility is worth a lot. I also get to work on OSS projects a bit during work hours (basically, on any libraries and tools that are key to our work). I've turned down jobs where I couldn't do my OSS work! 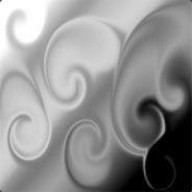 I’m wondering, what does the contractor market look like in clojure/script? I’ve done a fair stint, but I’ve not really targeted the ecosystem specifically. Good/bad/thriving?

Thanks a lot for your help!