I'm looking for writing about a topic, but I'm not sure how to name it or even exactly how to describe it, so apologies in advance if this isn't well described, or is just nonsense raving. I'm hoping someone can direct me to some books about the role perception plays in our mental creation of objects and categories of object, and the nature of the relation those objects have to reality. Physical reality is a mass of atoms in concentrations that vary over space and time, essentially a continuous thing, and the differentiation of those into discrete objects, putting boundaries around things, is a process that exists purely in the mind based on our perception and our experience. Objects our minds create can be said to be different from each other based on attributes they have (or we perceive them to have). These attributes can be assigned an axis, and the objects can be plotted on the multi-dimensional axes of distinction, forming clusters of objects, in a similar process to the 4d continuum in physical reality we use to create the objects themselves. The mind draws discrete lines around these clusters of objects to form a category of object - again with no solid basis in reality, but depending on the dimensions of distinction the mind has perceived. For example, over the years I've seen many collections of atoms that collectively I've considered as discreet things called passports (in the purely physical sense, for simplicity). I created many attributes of these passports based on things that differentiated them from their environment and from other passports - it has pages, a cover with a color that can differ, and more conceptually each passport has a 'person', or subject. Each of these attributes forms a dimension of distinction on which any object can be plotted, and there is a clustering of objects which are sufficiently close on all these axes that I instinctively decided to draw a boundary around and create a category of passport. When I perceive an object I assess based on its position on these axes whether or not it is 'in' the category or not. I have a vague idea that the axes of difference can be related to how we model information - i.e. each 'attribute' of a modeled object is a dimension of distinction that we have perceived as differing over objects. If the objects we have perceived all share the same space on a particular axis, then we are unlikely to include that in our mental model of that category. For example all passports I've seen are made of paper, so my representation of the information for 'Passport' is unlikely to include a 'material' attribute. But if I saw a passport that was made of plastic, I would probably have to adjust my mental category of 'passport' to include that dimension of difference, and my model to include that as an attribute. And of course if the idea of a 'digital passport' comes along, that could blow up my model. To be clear I'm not looking for arguments against this concept (I'm sure there are many). I'm looking for writing that talks about that kind of stuff in a rigorous way from first principles. Thanks to anyone who read this far! 🙂 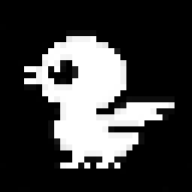 Hey there, this sounds like some super interesting thoughts you are working on there! Please do share the results of this work later on 😊 I feel your thoughts are way ahead of what little I could contribute, but this reminds me of Platonic idealism and all the schools of thought that follow as reaction to this. Surely perception is also a topic in some of the philosophical considerations. It also reminds me of some interesting stuff in linguistics. Like that there are languages without nouns https://oxford.universitypressscholarship.com/view/10.1093/acprof:oso/9780199668441.001.0001/acprof-9780199668441-chapter-4. Surely they also have one or two things to say about this.

Thanks @hi895, I’ll check out that article. The Platonic form idea does seem to have things to say about this. Coincidentally I also just started reading Hofstadter’s ‘surfaces and essences’, which is all about categories and analogies, that seems to have some intersection.