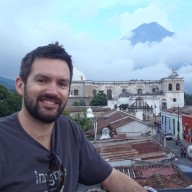 Access tokens are intrusive to the handlers I write in a way which encouraged me to not put them in app-db sometimes. Making them atoms accessed via fx is a move towards fatter fx (e.g. io concern which includes state, fx which do "more" than simple AJAX requests). Con: more FX code which is technically harder to test. Pro: it reduces the "io" involved in event handlers - they can stay pure and focusd on business logic concerns. (Related concern which pushed me to fat fx was the number of promised based apis I needed to use to do meaningful fx actions - cljsrn app).

Can you describe what you mean by "Access tokens are intrusive to the handlers I write"?